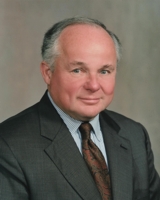 President and co-founder of Hammond, Saul is a lifelong resident of Newton and a graduate of Harvard College and the Harvard Business School. Currently a resident of Chestnut Hill, he began his real estate career in 1973, and for many years he was a sales leader, bringing about many of the major sales in the area. Since moving into management in 1982, he has been a leader in the industry, setting high standards of performance and developing the creative marketing which has built a national reputation for Hammond and has placed the Company among the top one hundred real estate firms in the United States.